In a limited time promotion available from now until 31 Mar 2020, you will get $100 cash credit if you apply and are approved for the UOB PRVI Miles American Express® Card via SingSaver . To qualify for the promotion, you simply have to apply for the card via the link and be approved within the promotion period - given that there is only about 1 week left for the promo it is better to apply earlier than later as there may always be unexpected delays in approvals. 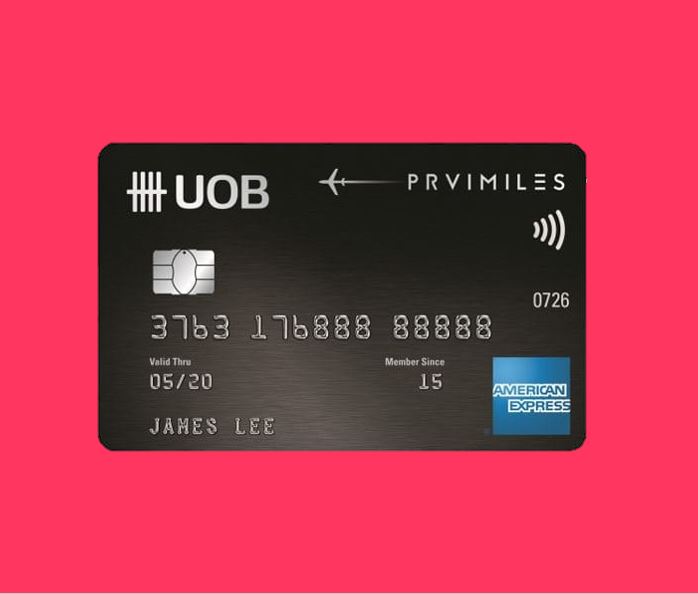 We are really excited to share this promotion because it is one of the easiest offers to qualify for: the only condition is that after receiving the card you have to make a minimum of 5 transactions (of any value) within the first 30 days of card approval.

Beyond that, this offer has no minimum spend required , no annual fee cost (first year fee is waived), and even existing UOB cardholders are eligible as long as you don’t currently hold this exact card - which is not difficult at all since the The UOB PRVI Miles American Express® Card is not a very commonly owned card.

As an added bonus, there will be an additional $150 cash credit bonus if you spend a minimum of $1,500 within the first 30 days, limited to the first 800 valid applications - making this the ideal card if to apply for if you know you have a large upcoming spend (e.g. about to buy some furniture, large household appliances) and can hence qualify for a total of $250 ($100+$150) bonus. The cash credit you qualify for will be credited directly into your card statement by 31 July 2020.

Singaporean applicants can also complete the card application using MyInfo, which allows the application to be done in a matter of minutes with no additional documents required.

What does the UOB PRVI Miles American Express® Card actually do? 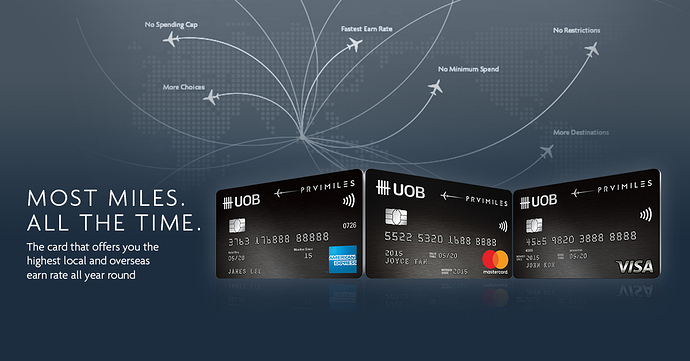 While the $100 “free money” cash credit bonus is worth the effort even if you don’t intend to use the card much and just cancel it later in the year - the UOB PRVI Miles is actually a pretty decent basic miles card that you can consider keeping and using if you are looking for a simple miles cards that covers all spending categories.

The card competes directly against other basic miles cards like the DBS Altitude, Citi PremierMiles, and Amex Krisflyer, but if you compare them head-to-head it’s local earn rate of 1.4 MPD is actually quite a bit better than the 1.1/1.2 MPD offered by these competing cards. Similar, it also offers a generous 2.4 MPD for foreign spending, which is higher than other competing entry-level cards.

One caveat we will point out is that the UOB PRVI Miles has a worse rounding policy than competing cards, which means that for smaller transaction amounts of less than around $20 its effective earning rate can be lower than competing cards. It generally is not a significant difference, but those interested in the nitty gritty of credit card rounding policies can read this detailed article by the Milelion

Other Features of the UOB PRVI Amex

In addition to it’s attractive baseline local and overseas spending rewards rate, the UOB PRVI Amex has two other benefits that make it different from the UOB PRVI Visa/Mastercard:

The only drawback of the UOB PRVI Miles American Express® Card is that Amex is relatively less widely accepted in Singapore as compared to Visa and Mastercard, which means that you may not be able to use your card as much as you would like to. From our experience, Amex is typically accepted at most major brands and large national chains, but often not at smaller stores, especially small food places/restaurants.

The UOB PRVI Miles American Express® Card is honestly a pretty decent card by itself, which makes it’s generous and easy to qualify for $100 sign up promotion a really good deal, especially considering that there is no minimum spend and existing UOB cardholders also qualify